The Rutland Land Conservancy is thrilled to announce the receipt of a $10,000 grant through the Empowering Local Land Trusts in Western Massachusetts grants program! The Conservancy’s project is to renovate the Hope Ridge Conservation Area, a Town owned property, stewarded by the Conservation Commission. The parcel is the original site of the first tuberculosis sanitarium in the nation and was known as Rutland Heights Hospital. 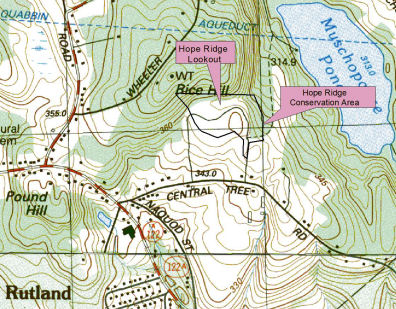 Currently, the property is in a state of neglect. The project will remove debris along the entrance road and provide minor logging to open a lovely view of Boston, Mt. Wachusett, and the beautiful rural area around Rutland, including parts of the last working dairy farm in Town. A handicap accessible viewing area, adjacent to parking, will be established with two picnic tables. For beautification and enhancement, wildflower will be planted along the parking section and around the handicap assessable viewing area. The lookout at the higher elevation will have a granite bench for respite. Interpretive signage about the historical site will be set by the parking area and trail entrance with smaller signs posted at the lookout point, detailing specifics of the site and view.

The Rutland Land Conservancy proposed this grant as part of our efforts to increase awareness of the need to protect land, such as this site, and to educate citizens relative to land conservation issues for the benefit of the environment. This project will bring together several other groups, who have expressed interest and offered support for the project.

The grant is provided by a generous and anonymous funder and administered by The Massachusetts Land Trust Coalition (MLTC), Mount Grace Land Conservation Trust (MGLCT) and Franklin Land Trust (FLT).

Stay tuned for further details and ways you, too, can get involved! Why not give us a call today and find out what’s happening in land protection. 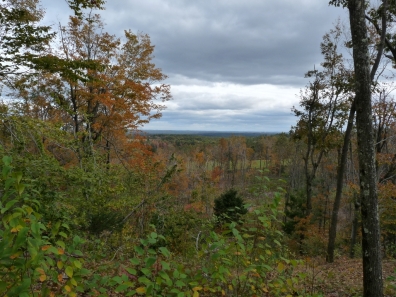 The Hope Ridge Conservation Area is much more user friendly since RLC received the Empowering Land Trusts Grant! As we work on the area, we continue to see more potential for the site. 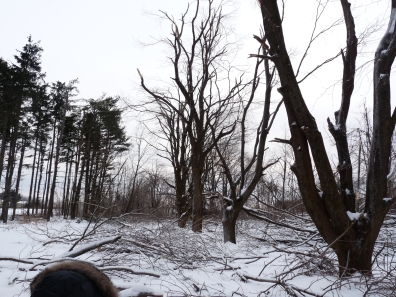 The logging was completed in April. The December ‘09 ice storm changed the initial scope of the logging to a salvage operation. Once that was finished, we looked at the remaining trees to determine what to keep and what to remove. There was so much storm damage that the logging took much longer than expected and we decided not to take many more trees, allowing for trees to leaf out to see what was actually going to survive. The logger took it upon himself to place some large rocks along the front of the property and they definitely give a boost to the appearance of the entrance. 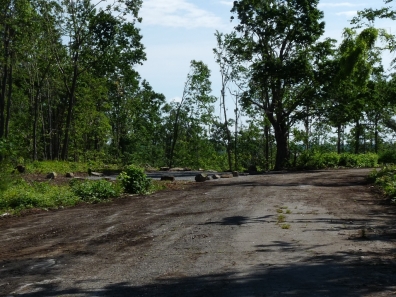 Next, the site excavation work was completed. The contractor set a very nice gravel footing in a rectangular area for the picnic tables and for handicap vehicles. He found several rocks on site that he placed around the gravel area to prevent cars from driving over it, but allowing for wheelchair access. He also placed a large boulder in front of the trail opening to discourage vehicles from entering that widened area. We may want to move some of the rocks as we access the site over time. He also moved some old concrete slabs around a drain to delineate the spot and placed some rocks on the side of an embankment to beautify it. 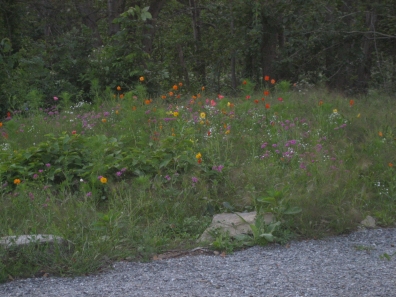 Wildflowers were planted during the spring rains and bloomed to give the area some much-needed color throughout the summer. They were so lovely that we intend to plant a few other areas with the same wildflower mix next spring. 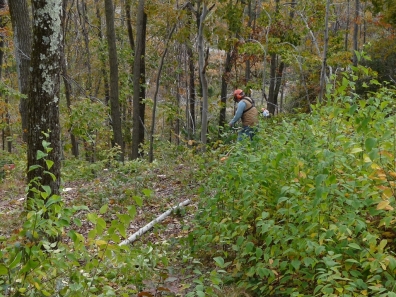 A work party was held in the fall and the day was spent cleaning up the area. Old tree houses were removed. A few trees on the steep hillside that once blocked the view of Boston were cut. Brush was leveled on an embankment, the trail leading to the summit was cleaned and the wildflower patches were weeded. Some fallen tree limbs were used to help mark the trail edge. The group brought lunches and RLC provided cider and snacks. To get involved, look for more workdays in Spring 2010! 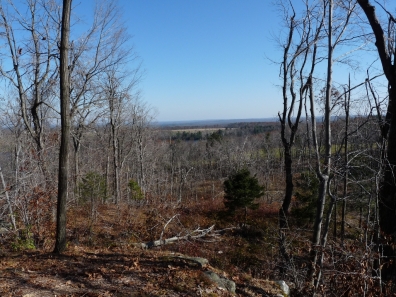 There is still much ice storm damage on parts of the trail beyond the summit. Another non-profit with much trail expertise will give us some advise on improving this area. 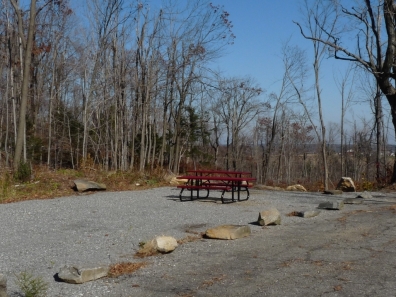 Two eight-foot picnic tables, one handicap accessible, have been installed at the site. The tables are cranberry with black legs to increase year round color.

A Historical Society member supplied some information for our 2’x3’ interpretive sign that will be erected near the picnic tables in the spring. We have secured the services of a graphic designer to do the artwork for the sign. We had hoped to have the sign in place this fall, but there is so much information to consider using that we decided to spend more time on that part of the project. The area truly has a fascinating history! We also will be placing other smaller signs near the summit to give users a better understanding of the countryside and the ecology of the area. 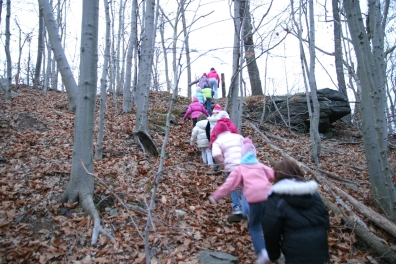 A Brownie troop planted dozens of daffodils all around the picnic area. Their leaders and parents took a short hike to see the rest of the site and to learn about its rich history. 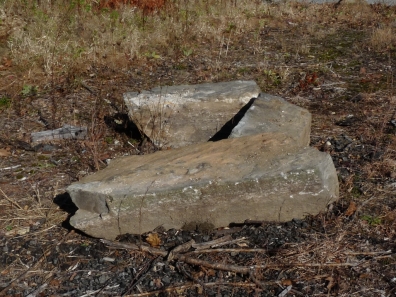 We were able to acquire granite foundation stones from the historic Holbrook House, that was recently dismantled, to use as benches. We are now waiting for the construction engineer to move them into three specific locations offering different views of the countryside. We are investigating having one overlooking the lower view engraved so that all will know that these natural “benches” were saved from the much loved Holbrook house.

We still have many things planned to do! The project has generated new interest in the area, which was one of our goals. People have already been to the site for picnics and we hear that many more people are walking through the site than were previously. Our efforts have increased awareness of the property itself and the history of the area. Next spring, RLC plans to hold their annual meeting on the property to showcase the unique heritage that the site offers to Rutland. Watch our website for a date and plan to attend! 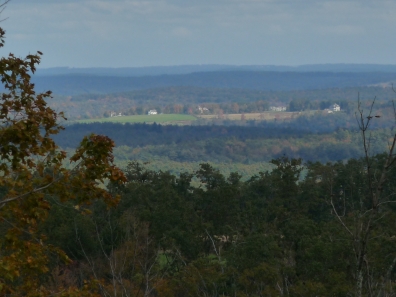